Location:
San Diego, CA
Divisions:
09U
10U
11U
12U
13U
14U
16U
Format:
5 Game Guarantee
4 pool play games into single elimination playoff
divisions & championship rounds (D1/D2/D3)
Most teams will play more than 5 games
Opening Day Ceremonies:

Host Hotels:
Book With Host Hotels - Click Here
This is a Stay & Play Event
For Teams Outside 75 Miles
XDS World Series Night at Petco Park
(Night will be announced in soon) 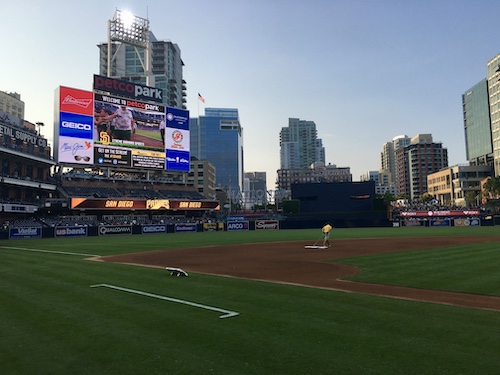 XDS World Series night at Petco
Tickets will be available for purchase!
No night games will be scheduled on
XDS World Series Night at Petco
to allow you to attend the Padres Game
History/Mission:
Our XDS Baseball World Series is going on its 16th year & continues to host teams from all over the western half of the United States coming to beautiful Southern California San Diego to compete for the title. It not only attracts teams from the Southern California area, but has brought teams from all over including areas like Arizona, Central California, Colorado, Guam, Hawaii, Massachusetts, Missouri, Mexico, Nevada, New Mexico, New York, Oregon, Northern California, Tennessee, Texas, Utah & Washington just to name a few. Our goal for this event is not only to provide your team with a great tournament to play in & to play baseball, but to give your team an experience to enjoy while not playing baseball here to be able to participate in the many amazing things Southern California has to offer in beautiful San Diego weather!
Rules
Locations & Directions
Hotels
Contact